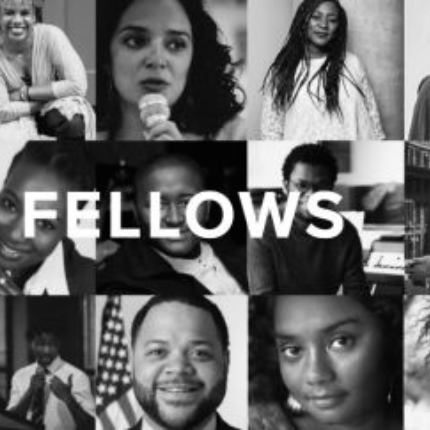 The Atlantic Fellows for Racial Equity (AFRE) has announced its inaugural group of 29 fellows to begin a year-long programme aimed at eliminating racism and inequality in South Africa and the United States.

South Africa will be represented by eleven of its own leading minds and voices championing socio-economic justice and racial equality. In South Africa, the Nelson Mandela Foundation will host the programme.

The foundation’s CEO, Sello Hatang said while racism has been formally removed from the law, its pernicious effects still remain today.

“While the racial orders of our pasts might have been buried formally, those pasts are far from done with us. Race is still a critical fault line in South Africa and generations of us remain profoundly damaged”, said Hatang.

The programme also seeks to sharpen the focus on the structures that keep inequality and indignity intact.

“We know that the negotiated settlement brought about political equality for all through the vote, and made South Africa a ‘rainbow nation’,” said the South African Director of AFRE, Dr Victoria Collis-Buthelezi. She further added that “as one of the most economically unequal societies, in which race and poverty are inextricably linked, the ‘rainbow’ is no longer enough”.

The group boasts activists, advocates, artists, scholars and other leaders, who will be the first of 10 groups in the ten-year programme. Their specific mission is to expose and work towards the complete elimination of racial discrimination and violence that dehumanise Black people and eventually harm all people. The programme is non-residential and it will annually support 35 fellows from South Africa and the United States and enable exchanges between them as they work towards building a just and equitable world. It is hoped their work will help deepen the understanding of anti-black racism work and its significance globally.

Given that both South Africa and the United States share a history of racism and inequality, the idea is to harness the efforts of this esteemed group so that the “corrosive cycle of injustice” can be broken, said Dr Kavitha Mediratta, Executive Director of AFRE.

The fellowship will kick off with learning tours in the US and South Africa, and conclude with country-specific, immersive courses with senior leaders in the field to provide mentorship and related critical support.

Fellows expressed shared their joy for being part of the programme. Brian Kamanzi, writer and student activist said he is excited to “join the fellowship at this difficult juncture globally when vicious anti-black racism, narrow nationalism, and the entrenchment of neoliberalism threaten historical gains for people’s relentless struggle for freedom”.

Obenewa Amponsah, another fellow and former CEO of the Steve Biko Foundation added: “My hope is that by our final group of fellows in 2028 we will live in a society in which everyone sees and truly conducts themselves as an activist, ally or advocate”, adding it is “key to ensuring that addressing racism is not seen as a ‘Black problem’ but a societal concern”.

For US-based fellow Alicia Garza, who co-founded Black Lives Matter, this is a chance to collaborate and find ways to end anti-blackness.

“This fellowship is an opportunity for us to learn from one another, share solutions and experiment—and this is critical to end anti-Black racism,” Garza said.

The last word came from Christopher G. Oechsli, President and CEO of Atlantic Philanthropies, and chair of AFRE’s governing board. “Atlantic Fellows for Racial Equity was launched to create a space for this new generation of leaders to envision and build a future anchored in the ideals of equity and inclusion rather than the hierarchy of anti-Blackness,” said “We are honoured to bring together this first group of Fellows and support their work to create a better society”