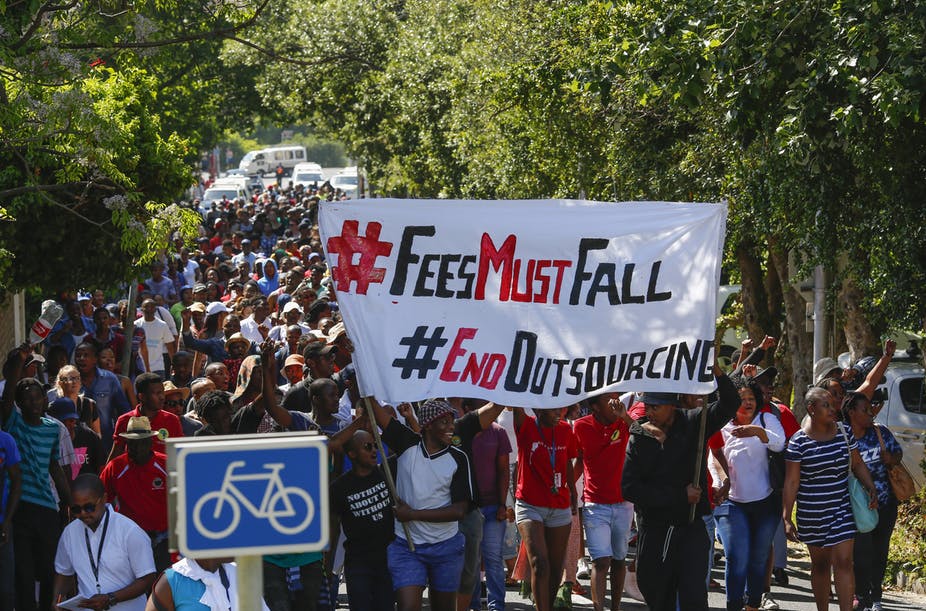 Fee increases will not fall in 2018. All 26 universities in South Africa have, through their vice-chancellors, agreed to the inflationary income adjustment increase 0f 8% for 2018 academic year.

In a statement released on Thursday, Universities South Africa (USAF) said the decision for the fee increment was taken following lack of clarity on the part of the government to regarding its approach to fees both in the medium and long-term.

The body said this increase is based on “realistic” considerations and will allow the institutions to “function at a decent level” without having to resort to drastic cost-cutting measures and retrenchments.

It further noted that while it is anxiously waiting for the final outcome of the deliberations of the Inter-Ministerial Committee to process the Fees Commission recommendations, particularly fee-free education, time is not on their side as universities have to prepare for the start of the 2018/19 academic year.

USAF said it has canvassed the department of higher education and training and Minister Hlengiwe Mkhize who granted them permission “to put in place an effective subsidy dispensation”. They also added that “the Minister agreed to make a formal announcement about the decision of the national government in this regard”.

The body said the “inflationary income adjustment” is only for students who qualify for NSFAS loans and those whose families’ total income is above the NSFAS threshold of R122,000 and below R600 000 per annum.

“The higher education price index (HEPI) runs at about 1.7% above the consumer price index (CPI) because of the particular nature of the basket of expenditures that constitute their [universities] budgets. And so, the vast majority of the 26 universities have come together to determine that the inflationary income adjustment increase for 2018 will be set at 8%,” the statement read.

In her recent interview with Inside Education, Mkhize assured the country that discussions with vice-chancellors are proceeding well to ensure there is calm on campuses next year.

The issue of fees has been at the centre of student protests resulting in the disruptions of lectures in some universities. It is anticipated the final announcement on the matter will decisively address students’ demand for fee-free education and also increase subsidies to universities to operate optimally.