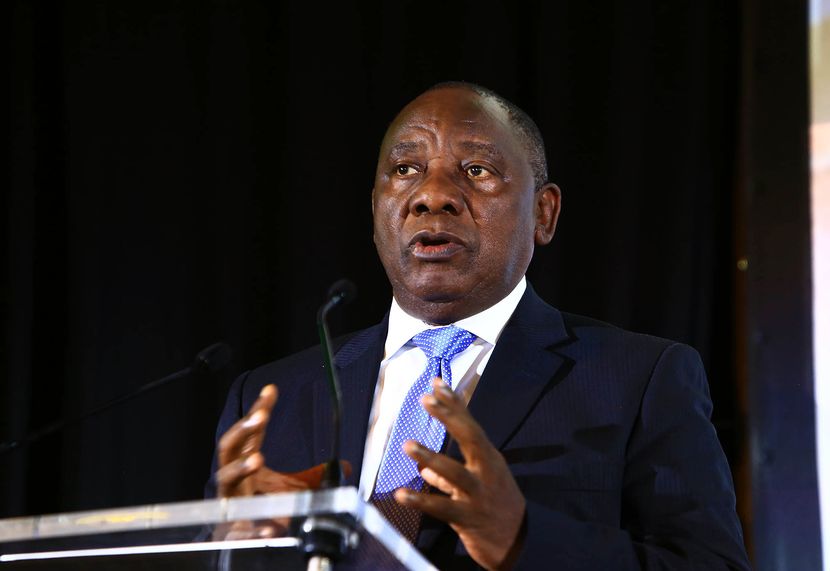 Despite attaining high social status Matamela Cyril Ramaphosa has never turned his back on his humble beginnings. This was the common theme that emerged when people close to the new President of South Africa reflect on his personality.

Teachers at Tshilidzi Primary School where his early education journey started were full of praises for his humility and generosity. They described him as calm, peaceful, eloquent and assertive person and more importantly, as someone who practised to the letter the meaning of “ploughing back in the community”.

“He always passes by when he is around the area. He asks about how things are going, about our school needs and he will make sure he contributes something to the school,” said Agnes Mapila, a grade one teacher at the school.

Tshilidzi’s principal, Thinwanga Takalani, said he asked his predecessors about Ramaphosa and all of them have described him as a respectful learner who took his studies seriously.

“I know him to be a generous person and since I took over here, our school has benefitted a great deal from his generosity. And we are not the only school which benefitted but even most schools across the country have. He has helped build us spanking new classrooms, library, laboratory and an administration block,” said Takalani.

When his Shanduka Group business empire burgeoned, Ramaphosa launched the Shanduka Foundation to carry out its corporate social investments. And he identified education as one of the key focus areas by setting up by a Cyril Ramaphosa Education Trust. Other initiatives that he established as part of his community investment project include Black Umbrellas and Shanduka Internships all formed to cater for disadvantaged segments of the community.

In 2011 the Cyril Ramaphosa Foundation joined forces with Kagiso Trust which boasts an established track record of community involvement, particularly in the education space. The two organisations formed a new bespoke group called Kagiso Shanduka Trust (KST) after they noticed their shared vision and passion on how to help improve the quality of the education system specifically in black communities.

What drew the organisation even closer was the realisation that by pooling their resources they can have greater impact and reach more schools that are in dire need of basic facilities. They adopted a Whole School Development model, which aims to address a whole range of challenges schools face instead of singling out a specific one.

Research conducted by various NGOs including the department of basic education has shown that lack of resources such as proper classrooms, basic infrastructures such as ablution facilities, laboratories and libraries have a direct negative effect on the overall academic performance of the learners. The new model adopted by KST looks at a range of interventions at impoverished schools by working closely with districts.

The programme was first implemented in 2013 in the Free State where KST works closely with the provincial education department and targeted 428 schools in the Fezile Dabi and Motheo districts.

Last month three schools based in the Fezile Dabi district in the Free State yesterday scored big following their good performance in the 2017 grade 12 results. They have each been rewarded with renovated science and computer laboratories.

This is part of the KST’s “Incentivised Infrastructure Award” awarded to schools that have attained or exceeded 90% pass rate benchmark in the province.

Recent outstanding matric results which catapulted the Free State to the number one spot nationally is attributed to the partnership between the education MEC, Tate Makgoe and the KST. Tate heaped praise on the Fezile Dabi as one of the districts that have contributed more passes and thus helped put the province on the pole position.