African board games should be introduced into the classroom 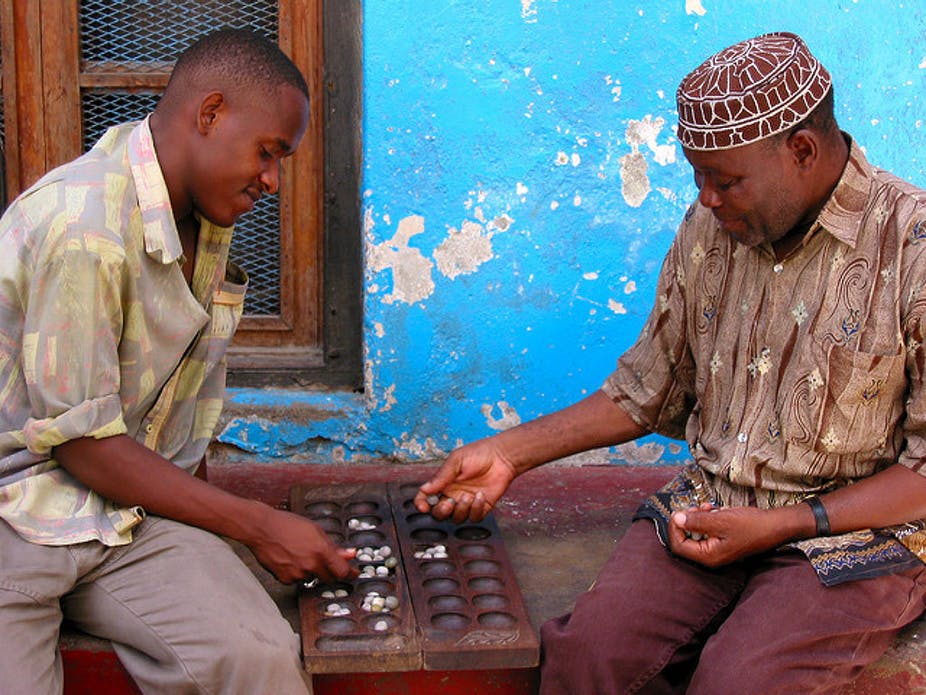 When most of us think about learning, we imagine a teacher and a classroom. In reality most of the things we know, and a great number of the skills we acquire as children and adults, are learned outside the classroom – in conversations with peers, engaging in community service, on the playground.

Educators and researchers are increasingly recognising opportunities for growth presented outside the classroom, and are working to integratethem into classroom learning experiences.

Games, in particular, are being seen as learning spaces. This is because they enable players to develop non-cognitive skills, such as patience or discipline, which are important for career and life success. Gameplay also develops a number of cognitive skills, including critical thinking and problem solving.

The African continent has a long history of gameplay that extends backto pre-slavery and precolonial times. Board games, in particular, have been used to teach, or reinforce, values as well as cognitive and motor skills.

Games have been part of the social fabric of many African societies for hundreds of years. The Morabaraba board game was historically used to share cattle herding strategies in parts of southern Africa (for example South Africa, Bostwana and Lesotho) and discuss information related to war strategies. And legend has it that Oware was used in 1700s Ghana by Ashanti King Katakyie Opoku Ware I to resolve issues between married couples. Today, board games remain equally popular and culturally significant.

Though a growing number of researchers around the world are making the connection between playing and learning, the learning potential of African board games remains severely under-explored. My research – which focuses on mechanics, rules and context – suggests that the creative use of these games could play an important role in formal education.

The boards games could be referred to as “strategic games” as they involve strategic thinking. Most – with the exception of Morabaraba – are also from the same family of games, Mancala.

My analysis shows that the board games should be viewed as unique, and different. Each has its own mechanics, requires specific skills and produces distinctive learning outcomes. This means that the games could potentially be used to teach a variety of concepts and skills across a number of subjects and at different educational levels.

Oware is one of the most played and known African board games in the world – and its rules show its learning potential.

It is played on a board of 12 holes, with 48 seeds or pebbles equally distributed between two players. The seeds or pebbles are dropped one by one into consecutive holes by players who take turns to play. The aim of the game is to capture 25 seeds. This requires players to use multiple strategies and techniques.

But the game mechanics of Oware suggest that it could even prove to be useful in a biology classroom. The life cycle of a cell is defined by a series of events that lead to its division and replication. Like the cell, Oware gameplay is characterised by a series of cyclical, repetitive movements, guided by the game mechanics or rules. Thus, using Oware mechanics or rules, the concept of cell life cycle can be explained to students in a biology course.Playing Oware teaches strategic thinking and arithmetic. Patience, spatial thinking, communication, decision making and negotiation skills are some of the other learning outcomes it facilitates.

The full learning potential of games like Oware is yet to be completely uncovered, but it’s clear that it can be used to introduce students to new concepts they may easily understand because of their familiarity with game. Learning is made fun and enjoyable.

Games are certainly alternative spaces for learning and can advance education. The educational potential of African board games has long been argued by ethnomatheticians (who study the relationship between mathematics and culture) and anthropologists – including scholars such as James Owusu-Mensah, Arthur Powell, Oshon Temple, and Kofi Poku Quan-Baffour.

The moment is therefore ripe for African board games to assume their proper place in this emerging field. An inventory of these games is an excellent first step, but there is much work to be done.The field of Game Studies is emerging and, across the world, educators and researchers are exploring games to understand and enhance learning. But many of the digital games that are celebrated for their educational value are expensive and inaccessible to most people. African board games, on the other hand, are simply made and can even be reproduced, or designed, in a playground by digging holes on the ground.