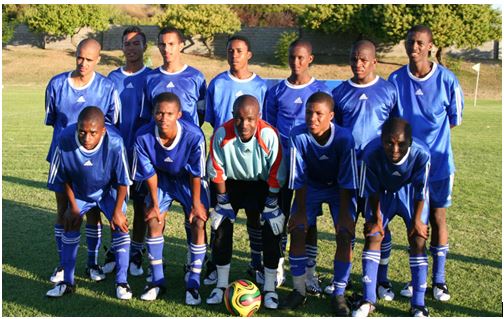 Madikizela-Mandela saw football as one of the tools for economic freedom. Her passing on Easter Monday leaves a significant void in South African society, including the sporting fraternity.

The anti-Apartheid icon died at the age of 81 after a lifetime dedicated to achieving the complete emancipation of black South Africans. Although it was her late former husband Nelson Mandela that was known for his love of sport, the mother of the nation also had an interest in sport.

In 2016, retired England and Manchester United defender Rio Ferdinand visited the country to partner with Mama Winnie on an initiative to uplift the youth of South Africa using football.

Although the details of the partnership remain sketchy, the principle was clear.

Statistics South Africa records the unemployment rate at 27% in the second half of 2017 and if one includes discouraged workers this could be as high as 36%.

The picture is even more alarming amongst our youth.

67% of South Africans under the age of 25 are unemployed. It is a crisis and Madikizela-Mandela saw this.

In an interview with Madikizela-Mandela at the time, she said unemployed youth was a ticking time bomb.

“So occasions such as these when we meet great young men from Manchester United provide an opportunity for us to exchange views. And we can learn from them on how they deal with the problem of unemployed youth,” said Mama Winnie.

Sadly the Mandela-Ferdinad partnership didn’t really get off the ground. South Africa didn’t get a chance to learn from Ferdinand’s success with his own foundation. The Rio Ferdinand Foundation (RFF) engages young people in sports, arts and media activities in some of the UKs most deprived communities with the focus being on preparing youngsters for the working world.

They use sport as a point of departure. The RFF’s BT work programme progresses young people from community-based youth development and training initiatives to vocational training and work experience with potential employers.

This approach has also found success at the Transnet SAFA School of Excellence.

The School of Excellence is a football focused high school based in Germiston East of Johannesburg, which has produced some of South Africa’s very best footballers including Steven Pienaar, Daine Klate, Keegan Dolly, Bernard Parker and more recently Phakamni Mahlambi and Sibongakonke Mbatha.

Like Mama Winnie and the Rio Ferdinand Foundation, The School of Excellence recognizes that for many children, sport is their only way out of poverty.

And like the RFF, the School of Excellence realizes that the path from high school to professional sport is littered with casualties and so they emphasise the importance of acquiring a quality education, which can open the doors of employment when the gateways to a professional football career is shut.

School of Excellence Principal Joseph Molele believes that his boys are constantly made aware of the brevity of a football career which is why they mature faster and make it in many different walks of life including professional football.

“You constantly coach the boys to make them realise that they do have god-given talent. You make them aware of the realities of football, that it is a short term career.

So before they set their sights on kicking that ball, they need to have what every child in the country needs to have, a Matric certificate.

This becomes the springboard to everything, says Molele.

So powerful is Molele’s message that when Mbatha was picked to travel to the FIFA U17 World Cup in Chile in 2015, he was more concerned about studying so that he could give the best account of himself when he sat for the Matric exams.

Mbatha who is now on the books of Platinum Stars went on to pass his matric and is now pursuing a Business Management degree through UNISA. He studies while playing professional football and says he learned this discipline at the School of Excellence.

“That’s where it started. They push football and education. It is important for a footballer to learn, it’s just like keeping fit. If you’re not playing and just sitting there you won’t develop. It’s exactly the same in football,” Mbatha told us.

Mbatha’s attitude toward education and sport inculcated at the School of Excellence and Ferdiand’s work with the youth is exactly the sort of vision Mama Winnie had for the youth of this country when she spoke of finding the cure for the cancer that is unemployment.

More South African schools must teach youngsters to pursue their sporting dreams alongside working towards acquiring a quality education.

So that in case of injury, a lack of talent or just plain back luck, the dream of being a professional athlete can be channelled towards work as a sports administrator, physiotherapist or a sport commentator.

With a decent education one could even become a sports journalist. This is if your dream to become a professional athlete takes a little longer to realise.

Mosibodi Whitehead is a sport broadcaster.

CYRIL RAMAPHOSA| TODAY is International Women’s Day. For more than a century, this day has been celebrated across the world as part of the struggle...
Read more
News

ANALYSIS done by the Department of Basic Education (DBE) indicates that, under normal circumstances, the class of 2020 would have outperformed the previous year....
Read more