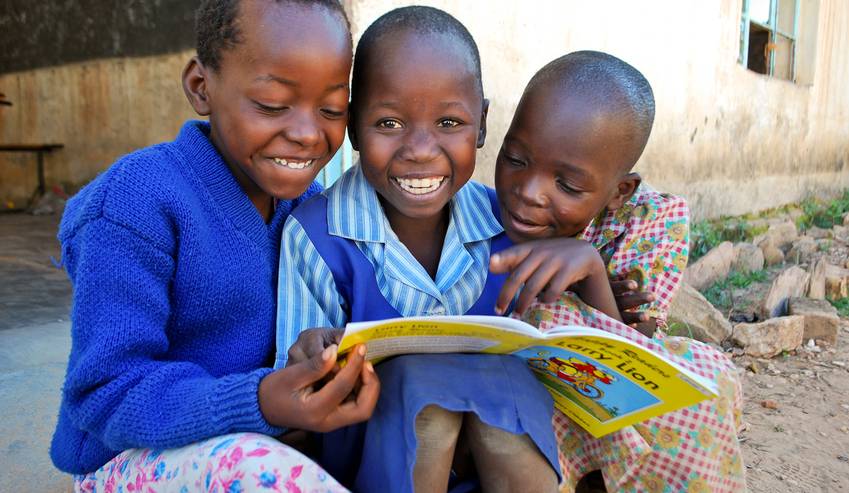 570,000 children and teenagers were not attending educational institutions in 2016, including more than 45,400 who found education “useless or not interesting”.

These figures are contained in a report titled General Household Survey: Focus on Schooling 2016, which was released by the Department of Basic Education last month.

It has a close working relationship with Statistics South Africa which conducts the survey in about 22,000 households.

The department uses the responses of the survey to assess its progress on access to schooling as well as “the quality, efficiency and equity in educational programmes”.

Almost 99% of seven- to 15-year-olds were in school, which showed that there was “near universal rates for compulsory education”. In contrast, only 85.1% of 16- to 18-year-olds were attending educational institutions.

According to the report, research indicated that the main predictor of dropping out was “poor-quality early education”.

“Encouragingly, no respondent in this age group [seven to 15 years] stated that marriage or lack of transport are reasons for not attending any education institution,” the report stated.

At least 6.3% of the seven- to 15-year-olds were not attending school because they were unable to perform academically, while 2.2% had left after falling pregnant.

Alluding to those children who found education “useless or not interesting”, the report stated: “As a society, it is concerning that among both the seven- to 15-year-olds and the 16- to 18-year-olds there were noteworthy proportions of out-of-school pupils who stated that the reason for not attending is because they regard education as being of no value to them.”

Martin Gustafsson, an education economist and member of the Research on Socio-Economic Policy (ReSEP) team at the University of Stellenbosch, said the matter of out-of-school children was “concerning” and a problem.

“But what’s also a problem are children who are in school and who don’t learn anything or learn almost nothing. So being in school gives you a certain advantage, but it’s no guarantee that you are getting an education.”

“Ideally you would want youths up to the age of 18 to be in school. It’s useful to consider that South Africa’s enrolment ratios for 16- to 18-year-olds are about typical for middle-income countries, so it’s not as if we’re way behind.”

Gustafsson said, however, that with the exception of Namibia all countries falling under the Southern African Development Community (SADC) had an exam at the primary school level that resulted in a national certificate being awarded.

“But in South Africa, if you leave school before the end of Grade 12, and almost 45% of youths don’t successfully complete Grade 12, you have no national certificate despite all the years you’ve been in school.”

Gustafsson said there should be a national certificate at the end of Grade 9 to help school leavers enter the labour market.

“The main reason youths drop out is because they are not coping. The foundations weren’t laid in primary school so they just repeat grades.”

Elijah Mhlanga, spokesperson for the Department of Basic Education, said they were concerned that such a large number of pupils were not in school despite the government’s efforts to make access to education “convenient for everybody”.

He said a range of measures, such as no-fee schools and the provision of a nutrition programme and pupil transport, had already been implemented to attract pupils to school.

“All that’s needed now is for parents and guardians to help us to encourage their children to come to school.”

Mhlanga attributed the increase in the number of 16- to 18-year-olds not attending educational institutions to societal problems such as unemployment, poverty, drug abuse, a lack of positive role models and being in conflict with the law.

Commenting on the observation by some children that they found education “useless or not interesting”, he said: “We understand that the academic stream can be boring for those who are not academically inclined, so we are working hard to implement the three-stream career pathing model to expand the offering to cater for all interests.”

This model will give pupils the opportunity to pursue either the academic stream or the technical occupational or technical vocational programmes.