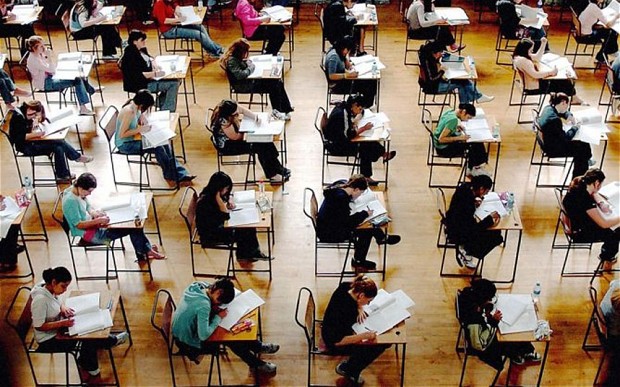 Will Martin , Business Insider US

Every year thousands of young people embark on one of the most mentally grueling experiences of their lives by taking the Chartered Financial Analyst (CFA) exams.The CFA has three levels and is a qualification designed to ensure people working in certain parts of the financial industry have all the right knowledge to do so, and is notoriously tough.

Pass rates most years are around 40-50%, and most people study for more than 300 hours before taking the test.

More than 100,000 people around the world take the test in more than 100 countries every year, and becoming a CFA charter holder is a huge leg up for anyone hoping to build a career in investment management.

But what does the test actually involve? Business Insider got hold of a recent practice test from the CFA Institute — the body which administers the exam — to see just how difficult it really is.

We’ve picked out a handful of questions taken from the CFA Level One, which is, in theory at least, the easiest exam.

The full exam is six hours long and consists of 240 multiple choice questions.

“For many students, parts of the CFA Program exams that commonly cause the most trouble are those covering Fixed Income and Derivatives,” Alex King, a director for examination development at the CFA Institute told Business Insider.

Check them out, along with the correct answers and explanations from the CFA Institute, below:

QUESTION — A portfolio of securities representing a given security market, market segment, or asset class is best described as a:

“A security market index represents a given security market, market segment, or asset class and is normally constructed as portfolios of marketable securities.”

QUESTION — Colin Gifford, CFA, is finalising a monthly newsletter to his clients, who are primarily individual investors. Many of the clients’ accounts hold the common stock of Capricorn Technologies. In the newsletter, Gifford writes, “Based on the next six month’s earnings of $1.50 per share and a 10% increase in the dividend, the price of Capricorn’s stock will be $22 per share by the end of the year.” Regarding his stock analysis, the least appropriate action Gifford should take to avoid violating any CFA Institute Standards of Professional Conduct would be to:

A) Separate fact from opinion.

B) Include earnings estimates.

C) Identify limitations of the analysis.

“Although pro forma analysis may be standard industry practice, it is not required by the Standards of Professional Conduct. Earnings estimates are opinions and must be clearly identified as such. It is also important for investors to be able to identify limitations of analysis when making investment decisions.”

QUESTION — Cost–push inflation is least likely to be affected by an increase in:

“Cost–push inflation arises due to increases in costs associated with production: wages and raw materials prices.”

QUESTION — Labour markets are best described as a type of:

QUESTION — A corporation issues five-year fixed-rate bonds. Its treasurer expects interest rates to decline for all maturities for at least the next year. She enters into a one-year agreement with a bank to receive quarterly fixed-rate payments and to make payments based on floating rates benchmarked on three-month Libor. This agreement is best described as a:

“A swap is a series of forward payments. Specifically, a swap is an agreement between two parties to exchange a series of future cash flows. The corporation receives fixed interest rate payments and makes variable interest rate payments. Given that the contract is for one year and the floating rate is based on three-month Libor, at least four payments will be made during the year.”

QUESTION — An industry characterised by rising volumes, improving profitability, falling prices, and relatively low competition among companies is most likely in which of the following life-cycle stages?

“An industry in growth stage is characterized by rising volumes, improving profitability, falling prices, and relatively low competition among companies.”

QUESTION — To evaluate the potential effect of an innovative and unique type of business transaction on financial statements, an analyst’s best approach is to:

A) Monitor the actions of standard setters and regulators

B) Gain an understanding of the transaction’s economic purpose.

C) Consider the approach taken for “new” transactions that arose in the past.

“By understanding the economic purpose of a transaction and applying the conceptual framework, an analyst may be able to evaluate the potential effect on financial statements, even in the absence of specific standards.”