‘Why did we take over 20 years?’ – Zuma on free education 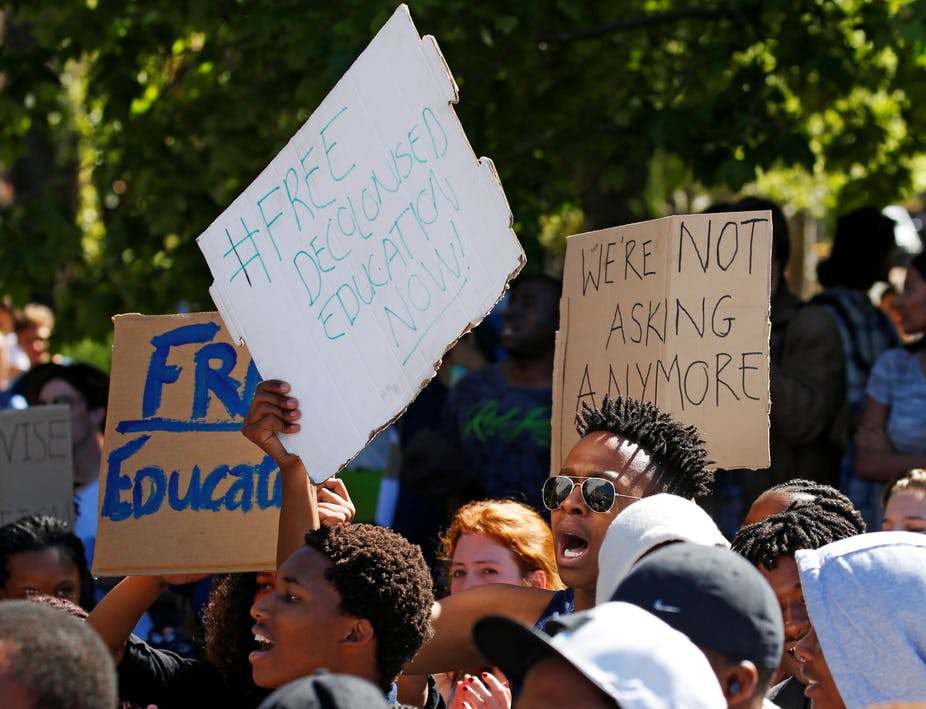 Former President Jacob Zuma gave a lecture in Umlazi, KwaZulu-Natal on Thursday where he took the opportunity to slam South Africa’s governing party, the African National Congress, for taking 24 years to implement free higher education for poor and working-class students.

Zuma said his main concern was that he made the decision to introduce free education “three years too late”.

“Why did we take three years to implement it? Free education has been guaranteed in the Freedom Charter decades earlier,” said Zuma.

In 2015, South African students marched the streets demanding free education; the decolonisation of South Africa’s institutions of higher learning; the underfunding and administrative inefficiencies of the NSFAS; lack of adequate student accommodation and hunger on campuses.

The protests turned violent. Students at different universities were arrested with some still in jail and others attending trial.

The Commission was chaired by the Honourable Justice Jonathan Arthur Heher, assisted by Adv. Gregory Aly and Ms Leah Thabisile Khumalo. The terms of reference of the Commission was to enquire into, make findings, report on and make recommendations on feasibility of making higher education and training fee-free in South Africa.

At the Umlazi lecture on Thursday, Zuma said he had been unimpressed with The Commission’s final report. He said the commission focused too heavily on viewing education as a business transaction and not as a social good or a force for transformation.

This is why he introduced the implementation of free higher education in December 2017.

The former president made the announcement that free higher education would be provided to all new first year students from families that earn less than R350,000 per year starting from the 2018 academic year.

To explain his decision, Zuma said the National Student Financial Aid Scheme (NSFAS) ‘s definition of “poor and working-class students” was outdated. He said this definition had remained stagnant despite higher education full cost of study and living becoming significantly higher in past decade and half.

“This leaves thousands of poor and working-class students unfunded,” said Zuma at the time.

Analysts do not seem to agree on the feasibility of free education.

Muller, who participated in the 20-year review of South African higher education in 2013 and advised parliamentarians on different funding proposals in 2015, believes free education has been sold as a radically progressive policy that can be achieved with no negative consequences.

“But it will actually do very little for the neediest South Africans. And it could have negative consequences for the stability and progressiveness of public expenditure,” said Muller.

Director of the Centre for Emerging Researchers Mukovhe Morris Masutha, explains that free education is not a cost to the state but necessary for a developmental state.

He makes the argument that the feasibility of free higher education goes beyond affordability.

“Free education is something that should not be interpreted through a narrow budgetary lens. When free education is invested in youth coming out of marginalised communities, it becomes an investment with well-known economic, social, cultural and even political returns,” said Masutha.

This consideration was at the core of Zuma’s lecture.

The former president said his decision to implement free education was aimed at breaking the cycle of deserving black matriculations unable to continue their study at universities or colleges due to lack of funding.

He said the introduction of free education would work in reversing the apartheid ideology of “keeping black people as subservient providers of manual labour alone”.

THE future of sailing is clearly in good hands – judging by the recipients at the annual Wits Sports Awards. The sport...
Read more