#ZolileKhumalo: Students come out in numbers to protest outside court

Hundreds of Mangosuthu University of Technology (MUT) students gathered outside the Durban Magistrate’s Court on Thursday for the appearance of the man who allegedly confessed to the murder of his girlfriend, Zolile Khumalo, on Facebook.

According to News24, the throng of students marched from Point Road to the court building, holding placards as they chanted slogans against women abuse.

On Wednesday, the student representative council of MUT expressed dismay following the death of the 21-year-old student, who was shot in Lonsdale Hotel residence on Tuesday evening.

Khumalo’s 23-year-old ex-boyfriend is accused of killing her and is under police investigation.

Zwane said the incident is suspected to have been part of a domestic dispute.

On Thursday, Afro Voice reported that one student said the suspect, a former MUT student, had asked one of his friends who lives at the residence to sign him in as a visitor after Khumalo had refused him entry. Khumalo’s roommate reportedly answered the door.

Khumalo’s murder garnered media attention when the suspect appeared to confess to killing her on his Facebook page on Wednesday morning.

Loosely translated from isiZulu to English, the accused wrote in a Facebook post that he “would bring her back so that we can right our wrongs by talking. But that’s no longer possible because she has left me without me having told her that I forgive her.

”When one of the man’s Facebook friends asked him what had happened, the accused replied: “Man, I killed my Zozo.” It is suspected that he wrote the post shortly after he allegedly committed the crime. The post sparked a huge social media response, with thousands commenting on it.

MUT communications director Mbali Mkhize said in a statement that the circumstances around Khumalo’s death were not yet clear. Mkhize and other representatives from the institution were in court on Thursday in solidarity with the family. 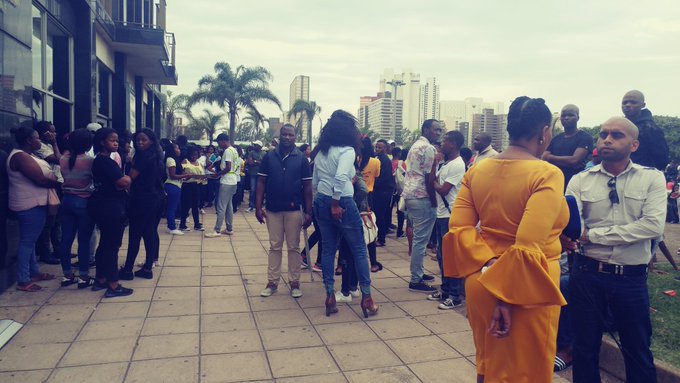 Students are getting restless outside. Only a limited number may be let in for the #ZolileKhumalo case. Security have closed off the main entrance for now. pic.twitter.com/Cyh8CjGVUC

Killing of Buyani Primary School principal was a hit – Lesufi

Killing of Buyani Primary School principal was a hit – Lesufi