Nigeria: Only 1% of Nigerian population in universities 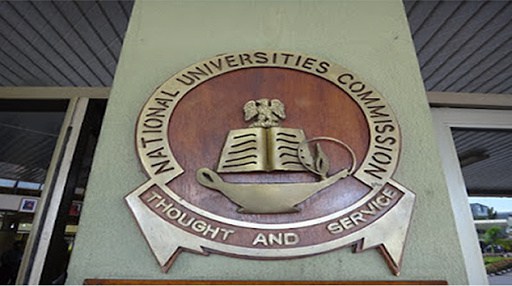 The National Universities Commission (NUC) on Tuesday said only one percent of Nigerian population form the total enrollment of students in the 164 universities across the country.

The Executive Secretary of the Commission, Abubakar Rasheed, said this while fielding questions from journalists in Abuja.

He described the situation as “unhealthy”, saying there is need for more access either by creating more universities or expanding existing ones.

‎”If you look at the population of 198 million which is close to 200 million and bear in mind the total enrolment in our universities today, all the 164 universities, is slightly less than two million. It is 1.961 million, which translates to roughly 1 per cent of the population.

“One percent of the population are in the university and I think it’s not healthy,” he said.

Rasheed said it will be difficult for the commission to regulate the fees of private schools.

He said while expanding access to university education is a good thing, it’s absolutely important that the authorities ensure that quality is not compromised.

He said every initiative must aim to improve quality in our universities across the country.

Similarly Public Affairs Analyst Ola Adeosun said there is a need for the emergence of new universities in the country.

“The question to ask in the present circumstances is this: How do you start building new universities when there is not a single one amongst the existing universities that is up to the standard of a university in the real sense of it,” said Adeosun.

He said the existing ones lacks the infrastructural, material and manpower deficit while noting that no single university in Nigeria that is amongst the world’s best 800.

He said it is important for the government to position the existing universities in what “universities” are, globally, before building or approving more universities.

“Instead of continuing with the ideas of building glorified secondary schools and branding them about as universities, just like we currently have across the country,” he said.

But National Coordinator of the Education Rights Campaign Hassan Soweto said the statistics confirms that government investment in public education sector has been declining at an alarming rate.

“Despite the increase in population, the provisions for education is relatively low at all levels, primary, secondary and tertiary,” he said.

Soweto said the Nigerian government has not been able to meet the huge demand of education despite the proliferation of private universities.

“It is essential for the vast majority of the population regardless of the status and economic conditions to be able to access free quality education. Moreover most Nigerians can’t afford to pay the tuition fee for private universities,” he said.

Presently, there are 164 universities in Nigeria, 42 are federal universities, 47 are state owned while 75 are privately owned.