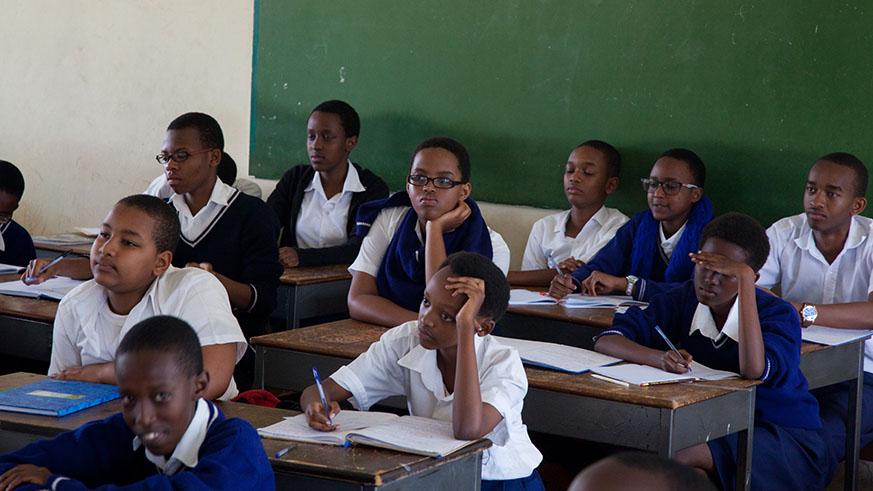 Burundi’s ban on pregnant girls and expectant teen fathers attending school is not only a violation against children’s right to education, but also unfairly discriminates against girls, campaigners said on Wednesday.

The ministry of education in Burundi last week issued a directive to provincial authorities saying pregnant teens and young mums, as well as the boys who made them pregnant, no longer had the right to be part of the formal education system.

In a letter dated June 26 to the country’s provincial education directors, Minister of Education Janvière Ndirahisha said that these students would however be allowed to attend vocational or professional training courses.

But rights groups said preventing children from attending school would have a devastating impact on their education in a country where 11 percent of girls aged 15-19 years are sexually active, according to the United Nations Population Fund (UNFPA).

The east African nation’s ban is geared towards curtailing the rights of girls more than boys, said campaigners, adding that it would be easy to notice pregnant girls, but more difficult to identify the boys involved.

“This ban disproportionately affects girls and it is skewed towards an abuse of the girls’ rights to education,” said Naitore Nyamu-Mathenge, a lawyer from the campaign group Equality Now.

“How does the government intend on proving that Boy A impregnated Girl B? How about cases where the perpetrators are teachers, adults in the community, will the government go after them too?”

A government official confirmed the ban, but told the Thomson Reuters Foundation on the condition of anonymity that it was unlikely to be enforced.

“I think this decision will not be implemented since it contradicts other programs which promote education for all and are endorsed by the government and its partners,” said an education ministry official.

According to the UNFPA, 40 percent of victims of physical or sexual violence are teenage girls in Burundi. Around 7 percent of girls aged 15-19 years have had at least one child, and one in five women are married below the age of 18 years old.

Human Rights Watch (HRW) says tens of thousands of girls in Africa are ostracised or shamed for becoming pregnant every year, despite most having no sex education, and in many cases have not given consent and are raped.

Yet some countries such as Tanzania, Sierra Leone and Equatorial Guinea, they have been expelled from school in a bid to discourage adolescents from being sexually active.

Other countries such as Morocco and Sudan, for example, apply morality laws that allow them to criminally charge adolescent girls with adultery, indecency, or extra-marital sex, it added.

“Every year, thousands of girls become pregnant at the time when they should be learning history, algebra, and life skills,” said a report by HRW last month.

“All girls have a right to education regardless of their pregnancy, marital or motherhood status.”