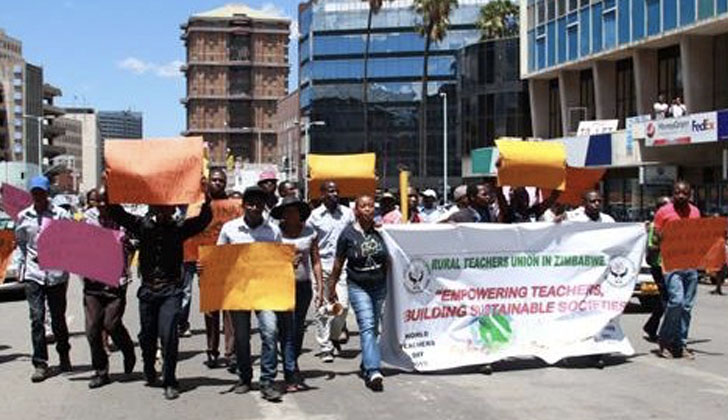 A union representing rural teachers has petitioned the High Court seeking leave to force the execution of an interdiction against the ruling Zanu PF party’s  “abuse of school children, teachers and school property.”

The Amalgamated Rural Teachers Union (Artuz), in an urgent chamber application, wants Zanu PF’s appeal against the provisional order in which the ruling party is arguing it was wrongly cited.

“Urgent chamber for leave to execute pending appeal. The effect of the interdict to stop the respondents from encouraging or forcing children to attend, or participate in political rallies, or activities or causing the closure of schools during any of its political rallies or activities,” part of Artuz’s application reads.

The provisional order also sought to stop Zanu PF from compelling teachers to attend rallies and the use of school property as well as the closure of educational institutions among other things.

Artuz argues it has locus standi to seek the suspension of Zanu PF’s appeal given it represents rural educators in whose schools most of the rallies are held and that are oftentimes closed during rallies.

“The effect of such an order would be that the applicants (Artuz) and all those on whose behalf they bring this application be granted the protection of the interim relief until such time the appeal (by Zanu PF) is determined by the Supreme Court,” the union pleaded.

The union added that Zanu PF is likely to continue to violate the rights of children which it is already doing in violation of the provisional order.

“The applicants aver that if leave to execute is not granted there is a high likelihood that irreparable harm will result as the respondents will likely continue continue to engage in the restrained activities outlined above,” said Artuz.

According to the union Zanu PF with help from the Ministry of Primary and Secondary Education has continued to violate the order.

Institutions of higher education locally and globally are undergoing unprecedented changes as a result of the Covid-19 pandemic. A study on how the pandemic has...
Read more

Lesufi must fix burnt down classrooms at Joburg school

Grit matters when a child is learning to read, even in poor South African schools

The learner accused of assaulting Lufuno Mavhunga released on bail