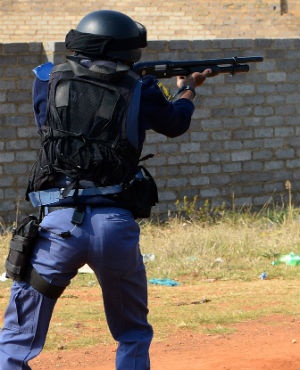 Cape MEC for education Debbie Schäfer has called for specialised gang units and the army to be brought in to protect schools, following an increase in gang warfare.

“The only solution to this ongoing gang violence that is negatively impacting the education and safety of our learners would be to increase the SAPS presence on the ground, and especially around our schools; bring back the specialised gang units, and deploy the army to gang-ridden areas on a temporary basis to stabilise the areas,” Schäfer said in a statement issued on Tuesday.

The Western Cape education department has also issued a circular requesting all schools to review their safety plans.

“The safety of our learners and educators is paramount and we ask that all schools take the necessary precautions in order to prepare for any emergency,” Schafer said.

Schäfer said that a safety plan should, however, not compensate for the lack of police presence within the community.

“Last week in Scottsdene, shots rang out continuously around our schools. One police van arrived with one police officer who was unable to enter the area until backup arrived, which it never did,” Schäfer said.

The MEC reiterated that there was a chronic shortage of police in Western Cape.

“We support the premier’s calls for the national minister of police to request the deployment of the army. This is necessary to support SAPS (South African Police Service) operations, as an interim peace-keeping measure in gang-ridden areas,” Schafer said.

“The reality is that without more police presence, gang violence cannot be brought under control,” she added.

The department said it saluted those officers in the Western Cape who are doing their best “under difficult circumstances”.

South African National Defence Force (SANDF) chief General Solly Shoke, speaking at a media briefing in Pretoria, said the SANDF would deploy when called on, but reiterated that “crime [was] not our domain”.

He said the military “skop en donner” when they go into a situation and they “don’t want to be seen in a position where we are fighting our citizens”.

NYAKALLO TEFU|  The Department of Basic Education (DBE) and all nine provincial education departments have agreed that accountability processes need be strengthened and standardised in...
Read more