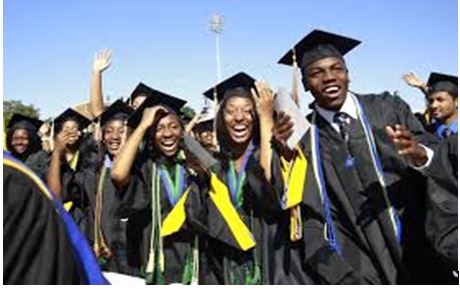 The future of the law faculty at Walter Sisulu University (WSU) looks bleak as the institution is failing to attract highly qualified law experts.

The university, which is known for producing some of the best legal minds in the country, has lost its shine and could see the closure of the faculty.

Last year the institution lost accreditation for the LLB law degree programme, and with no new intakes, this year’s LLB intake will perhaps be the last.

This is due to the lack of professors and doctors of law teaching at the university’s Nelson Mandela Drive Campus in Mthatha, formerly known as University of Transkei, which offers an LLB programme.

The university is the only one that can boast of having two judges currently presiding at the Constitutional Court, namely Justice Chris Jafta and Justice Mbuyiseli Madlanga.

University spokesperson Yonela Tukwayo said nothing had changed since the Council on Higher Education (CHE) withdrew their LLB programme.

“They withdrew accreditation, and that was official. As I indicated last year, for 2019 we will not be able to take in any new students for the law programme,” said Tukwayo.

Mkhuzangwe believes the decision to withdraw the accreditation was too harsh.

“All we are appealing and hoping for is that we restart the course so at least law at WSU does not completely die.

“It’s one of the courses that has produced some of the best minds in the legal fraternity,” said Mkhuzangwe.

According to the president of WSU convocation, Zincedile Tiya, the CHE listed a number of reasons when withdrawing the accreditation, including issues around junior staff and the fact that the university had to employ doctors and professors of law to comply, among other factors.

But, said Tiya, to date not a single professor or doctor of law has been appointed.

“The CHE has complained about infrastructure, including lecture halls that are dilapidated and outdated. They also complained about lecturing staff who are junior, and said the university must employ at least four professors and doctors of law,” said Tiya, who is a former law student and SRC president.

The Mthatha-based lawyer disclosed that the university had been trying to address the issue of finding more senior staff, but most candidates were reluctant to leave their comfort zones at more established universities in big cities to settle in Mthatha.

Tiya said the other challenge raised was that most of the lecturers at WSU were full-time practising lawyers who did not necessarily have sufficient time to interact with students.

“The university tried to headhunt some professors and doctors of law to come for interviews, but the recent strike by unions disrupted the process. Interviews were due to be held some time in June, but due to the strike they could not happen,” he said.

Tiya said it would be a sad day if the law faculty were to be completely shut with the bachelor of laws programme already discontinued at WSU.

“It would be very bad if the faculty of law were to be closed. We are doing well in our legal practice and I have been deployed many times to represent young lawyers in the SADC region. That tells you that even today WSU is still able to produce the best lawyers. Look at Advocate [Tembeka] Ngcukaitobi, who is a product of WSU and is doing wonders in the practice,” said Tiya.

Professor Narend Baijnath, chief executive of CHE, said they were not at liberty to share the institution’s review report and improvement plan but confirmed that WSU has put together a plan that had been submitted to the CHE.

“The improvement plan addresses each recommendation in the report, including the issues raised. The university is currently busy with implementation of the improvement plan to improve the quality of its LLB provision,” said Baijnath.

The professor said since accreditation had already been withdrawn, the university had been asked to put together a teach-out plan for the pipeline students, and also to develop a new LLB programme and submit it to the CHE for accreditation.