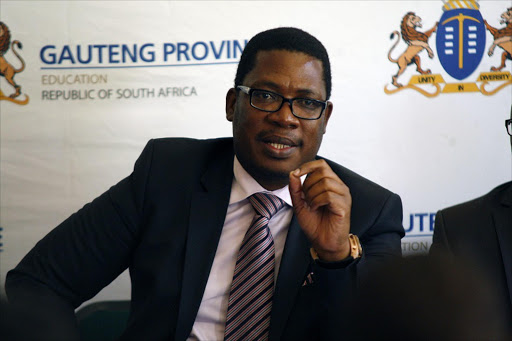 The termination of the role of feeder schools‚ erosion of the school governing bodies’ role and the exclusion of SGBs from the determination process regarding schools’ capacity were among the objections raised by AfriForum on Thursday as it called for draft regulations on the admission of learners to schools in Gauteng to be scrapped.

The organisation made the call after submitting its own comments on the Draft Regulations on the Admission of Learners‚ which were published by Gauteng Education MEC Panyaza Lesufi in a special Provincial Gazette on July 30.

The draft regulations make provision for the MEC of education in the province to have the final say about a school’s language and admission policy.

The proposed regulations state that no pupil may be refused admission to a Gauteng public school on grounds that constituted unfair discrimination – including race‚ gender‚ disability‚ belief‚ culture‚ language‚ pregnancy or illness.

They also suggest that no pupil may be refused admission because they‚ or their parents‚ do not subscribe to the mission statement of the school and code of conduct.

Thursday was the closing day for the public to comment on the proposed amendments.

AfriForum said its submission comprised a legal opinion by an advocate and comments by members in Gauteng who were parents that requested their concerns to be submitted.

AfriForum raised a number of objections to the draft regulations.

In addition to the role of SGBs and the lack of consultation opportunities with stakeholders regarding the issue of feeder zones‚ AfriForum also said the draft regulations provided that the current model of cooperation among the department‚ schools and school governing bodies would be replaced by a system dominated by the department.

In light of these concerns‚ the group called for the draft regulations to be scrapped.

“However‚ these questions were not answered at any of the meetings. On the contrary‚ parents who specifically asked about mother-tongue education were reviled as being racist‚” said Bloem.

NYAKALLO TEFU THE Department of Basic Education has delayed the reopening of public and private schools until February 15 as the country fights a second...
Read more
Schools

THE Economic Freedom Fighters (EFF) has called on government to delay the reopening of schools, scheduled for 27 January, until the COVID-19 storm is...
Read more
Universities

THE University of Pretoria (UP) has discovered new potent chemical compounds that show potential as candidates for both the treatment and elimination of malaria. Professor...
Read more

What Long Term Affect Will COVID-19 Have On School Sport?