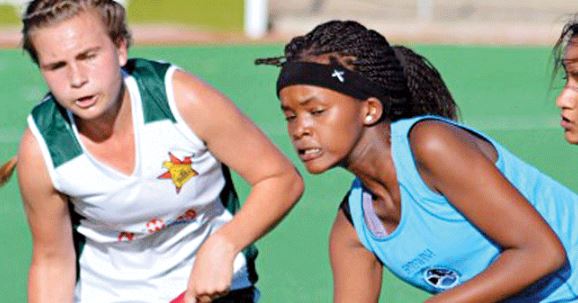 The targeted areas include Kanye, Lobatse and Jwaneng in the southern part while in the northern part, the association targeted Maun, Kasane and Francistown.

Speaking during the Maun Hockey Club schools tournament held in Maun recently, BHA president, Unaswi Matebu, said the association worked to promote, develop and facilitate hockey throughout Botswana with emphasis on participation, interaction and enjoyment from a larger base of players.

The tournament brought together public and private schools.

Matebu said BHA also provided an opportunity for skills development through sport. “Because of limited resources, we have started in Maun schools where we introduced the sport. We want to attract more students and stakeholders so that they appreciate the sport code,” she added.

Matebu noted that in Maun, they managed to attract few schools of Moremi and Botswelelo Primary School as well as Leapotswe English Medium School.

She said they wanted to start from the roots hence, engaging primary schools.

She also appreciated that young people were falling in love with the sport, something that gave them hope that the sport would grow with time.

Matebu encouraged parents to let their children decide which sport they wanted to join, adding that hockey was as good as any sport.In addition, she said, hockey was also a high paying sport like football and athletics.

Matebu said they were working around the clock to meet  requirements of affiliating to Botswana Integrated Sports Association (BISA), which is an affiliate of Botswana National Sports Council (BNSC), and the Confederation of Schools Sports Associations of Southern Africa (COSSASA).

Matebu said they implemented sustainable programmes that promoted development of playing facilities, provision of equipment for development and provide opportunities for players to improve their performance levels.