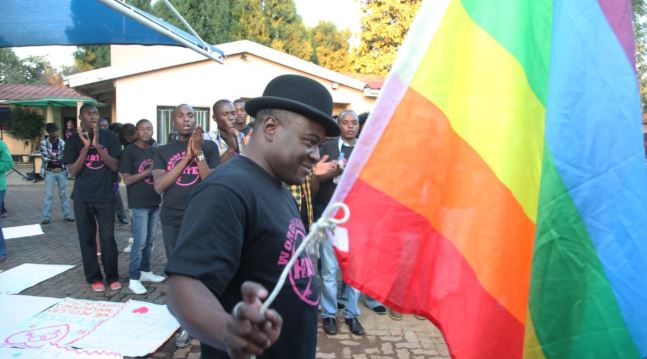 Gays and Lesbians of Zimbabwe (GALZ), the association of lesbian, gay, bisexual, transgender and intersex (LGBTI) people, has announced a scholarship programme for gay students pursuing studies at state universities.

GALZ director Chester Samba said the Munhu!Munhu Scholarship programme will provide funding to LGBTI students between the ages of 18 and 35 to pursue a university degree in democracy, governance, justice, human rights and conflict resolution studies, as a strategy to improve the inclusion of marginalised groups in higher education.

Under the scholarship programme, gay students who are facing challenges with school fees and those who have dropped out of college because of their sexual orientation or gender identity and would like to continue with their studies, will be assisted with full tuition fees, stationery, accommodation and mentorship.

“This has also been prompted in part by the economic challenges the country is going through. So, we thought it would be good to help students who are already learning around issues of governance, public health and human rights,” Samba said.

“It is our desire that when the students complete their studies they can also plough back into the organisation with their skills and give us some useful resource – but that’s not a condition.”

GALZ will sponsor at least 10 students, starting in 2019, who are already enrolled at state universities and have successfully completed their first year.

Samba said that over the years, GALZ has documented several violations of LBGTI students’ rights in higher education institutions.

“The environment has not been conducive enough for students to be able to express themselves, come out or identify themselves. In instances where this has happened, it has led to serious consequences such as harassment by other students, making the learning environment very difficult,” he said.

Samba said the association has initiated a study to investigate the climate for LGBTI students in higher education institutions, and will be guided by the study to gauge the extent the environment was unconducive for learners.

Although GALZ claimed it has helped over 100 college dropouts finish their tertiary education in the past, the scholarship programme is likely to stir controversy in a largely conservative country known for being homophobic. Deposed former president Robert Mugabe once described homosexuals as “worse than dogs and pigs”.

In the past two weeks, Minister of Higher Education, Science and Technology Development, Professor Amon Murwira, described the study by GALZ on universities’ campus climate, as illegal and against the constitution.

There is a common misconception, however, that homosexuality is illegal in Zimbabwe. What is a criminal offence is same-sex marriages, contact and sex.

Tonderai Bhatasara, a lawyer and partner at law firm Mupanga Bhatasara Attorneys, said the constitution prohibited same sex-marriages and not homosexuality per se.

“The constitution bans same-sex marriage but that is not the law that is operational: the Criminal Law Codification Act is the one that makes it an offence for adult men to have even consensual sex or contact,” he said. “The constitution gives the basic broad principles, then subsidiary legislation fills the gaps, in this case, the Criminal Law Codification Act. People are still being prosecuted or being convicted for same-sex marriages or acts and not for sexual preference.”

Legally, GALZ operates as a universitas – which at law is described as a juristic person. In 2014, Bhatasara successfully defended GALZ in a case where the association was being accused of operating without registration as required by the Private and Voluntary Organisations (PVO) Act.

He explained: “It was just a tactic by government to try and close them down. Police stormed their offices, seized all their property, and then charged them for practising without being registered in terms of the PVO Act.”

Samba, whose organisation serves about 5,000 LGBTI people annually, said the environment for gay people had improved under the new government, as the association was now working with government and in dialogue with the ruling oligarchy, which was unthinkable in the past. There is however still very little understanding, and low awareness about LGBTI issues owing to the conservativeness of society, he said.