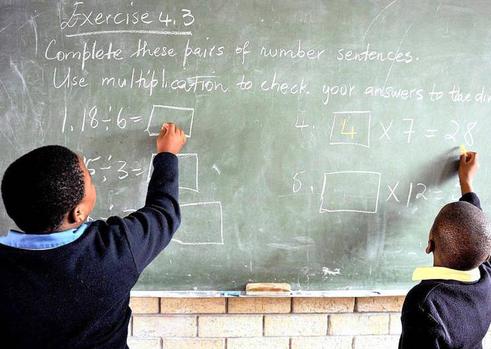 It would take a Herculean effort to rescue South Africa’s failing government schools in townships and rural areas, yet it is urgently necessary because a globally competitive quality education is the best possible black economic empowerment, radical economic transformation and country investment strategy.

Quality education gives one economic freedom. South Africa will have to muster the political will to bring public education to the same quality level as elite private education.

Recently, I returned to my old high school, Ravensmead Senior Secondary School, on the Cape Flats, to give an address to pupils, parents and staff before the matric exams.

The school is located in a triangle of townships among the most violent, most drug- and gang-infested areas on the Cape Flats, if not, in South Africa.

In the 1980s, it was the incubating area for local competing gangs – the Ugly Americans, Sexy Boys and Hard Livings. Many of these now gang leaders were competing peers.

Sadly, although apartheid has ended, lack of public service delivery, effective policing and high unemployment has made it appear that nothing has changed for the better in the townships surrounding the school.

Single mothers, absent fathers and an increasing number of child-headed families are the norm. Drug peddlers, shebeens in residential areas, continuing gangsterism and an unreliable police service are still the daily experience for many. In spite of this unpromising environment, Ravens­mead Senior Secondary School has consistantly produced good results.

What would be the basis of a formula for success to turn around ailing government schools?

The idea that it takes a community to educate a child should be reinvigorated. A new concept of school community should include not only the immediate village or township, but a much broader community that would include civil society, members of the immediate community with the time to spare, even if they do not have children at the particular school, and successful former pupils not living in the area any more.

But the new community should also include privileged schools in surrounding suburbs, privileged individuals with no immediate connection to the school, business and the government.

Government schools must have dedicated school principals and teachers. The principal at Ravensmead during my time was a trade union leader – in fact, he was president of one of the country’s prominent teacher trade unions. He put the interests of the pupil, education and the school first, rather than those of the trade union, which is often the case nowadays.

The teachers, in spite of apartheid restrictions on black education, did their best to teach a curriculum that was global in its outlook. They went out of their way to teach music, culture and sport. It only dawned on me long after I matriculated, when travelling, studying or living in a number of countries abroad, that the songs I learned at school were from across all these different cultures, including our own wonderfully diverse South African ones.

My maths, biology and physical science teachers went far beyond the call of duty to catch up with the missing curriculum before the 1988 matric exams. They generously gave sessions before and after school.

The school believed in developing all-round pupils – in spite of the apartheid attempt to educate blacks to become unskilled labour. After hours at school was a buzz of sport, cultural and music activities.

When I walked across the school sports field, before my talk, I could only wonder now how we managed to have a considerably small sports field, but one that squeezed in a ­soccer, rugby and cricket pitch into one.

Play-time for different sport codes often had to be staggered. Physical education was done on the netball court.

Parental, community, civil society and former pupils’ involvement in black schools is crucial to improving the quality of schooling. However, the reality in many townships is that parents are practically unable to be involved, as those with jobs leave home at the crack of dawn and arrive back home long after sunset.

After the end of apartheid, those who could do so left the townships and rural areas, depriving these communities of alternative role models.

Community representatives who are available, civil society organisations, outside professionals or accomplished former pupils who may have left the areas they grew up in must volunteer to play the role of parents in school bodies, to mentor pupils and provide guidance, even from afar.

Unemployed parents could patrol outside the school and ensure that drug dealers, criminals and opportunists do not molest pupils.

Rich schools in the suburbs should partner with poorer township schools. Technology makes it possible for teachers in a privileged school to beam out the same lessons to a school in a poor community. Parents with children in privileged schools could get involved in mentoring in poorer schools.

Businesses should actively support poorer black schools. I remember in 1987 and 1988, Gencor sponsored a two-hour computer-based learning programme for maths and science for selected township schools in the Western Cape, Eastern Cape and KwaZulu-Natal.

Luckily, Ravensmead school participated in the programme when I was in matric in 1988. It definitely helped me get familiar, for the first time, with a computer keyboard, and to work through maths and sciences cases that I would never otherwise have been able to.

Public school inspectors, dropped at the end of apartheid, should be reintroduced. The independent oversight of teachers is crucial to raising the quality of government schooling.

Gumede is the executive chairman of the Democracy Works Foundation (www.democracyworksfoundation.org) and author of South Africa in BRICS (Tafelberg).

THE family of a murdered DUT student has called for justice and wants police to intensify their search for her son's killer. 19-year-old Thabiso Mhlongo...
Read more
News

STELLENBOSCH University (SU) has learnt with sadness of the passing of Prof Mohammad Karaan (52), a former Dean of the Faculty of AgriSciences who...
Read more
Schools

NYAKALLO TEFU THE Department of Basic Education has delayed the reopening of public and private schools until February 15 as the country fights a second...
Read more

What Long Term Affect Will COVID-19 Have On School Sport?