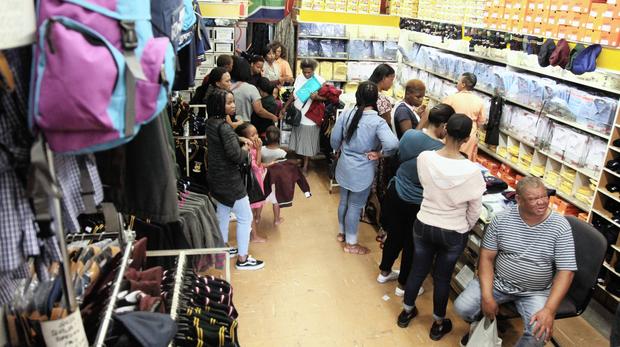 There  are still over 17000 learners who still need to be placed in Grade 1 and Grade 8 classes.

Parents had until Monday to submit late online application documents for their children to be placed.

Online applications for Grade 1 and Grade 8 opened in April last year and closed in May. The placement period began in July and ended in October.

In a statement posted in November, 17445 outstanding learner documents had yet to be submitted. Areas that have already reached full capacity include Joburg Central, Joburg East and Tshwane South Districts.

Speaking on Power FM on Monday, Gauteng Education MEC Panyaza Lesufi  urged parents to make sure all the documents needed were ready in order for the department to place the learners.

He also warned parents that late registrations meant that children would be placed at schools that had openings, which could be schools not of their choice.

Last year, about 31000 learners in Gauteng had not been enrolled in schools by the time schools reopened.

At a school readiness media briefing, Lesufi said just over 2500 were placed days before schools reopened.

Meanwhile, the DA urged Lesufi to “urgently conclude” the placement of learners.

“The DA has been inundated with calls from parents who are still uncertain as to where their children will be placed. The department has failed to place all learners who applied for placement prior to October last year.

“This delay is causing uncertainty among parents who want to buy school uniforms and stationary before they go back to work, as well as budget for scholar transport,” said DA spokesperson Khume Ramulifho.

Ramulifho said the online application system should have helped the department to place learners and allocate resources.

“However, this has not been the case. The DA is calling for the department to take all possible measures to avoid last year’s crisis where the Human Rights Commission was asked to intervene as learners weren’t placed by the end of February.

The department was on Tuesday expected to brief the media on the state of readiness for the reopening of schools and provide an update on admissions.

Schools in Gauteng reopened on Monday for teachers, while learners will report for schooling on Wednesday.