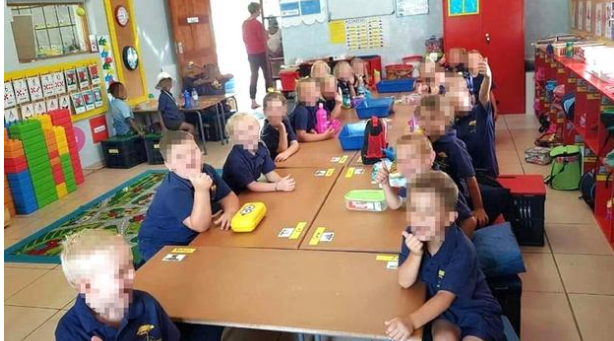 Two weeks ago, I wrote an article about how racists have found strategic ways to discriminate against blacks.

This follows the uproar over pictures that surfaced and exposed brazen segregation of pupils based on their colour at Schweizer-Reneke Primary School in the North West.

What followed seemed comical. The teacher who took the photo was suspended and right-wing group Solidarity challenged the suspension in court and succeeded.

The teacher was reinstated.

One of their arguments was that the teacher should not be suspended because she just took the picture.

Of course, according to Solidarity, she did not do anything wrong.

But I cannot help wonder how a teacher can take a picture of pupils who are clearly separated in a classroom based on the colour of their skin and not see anything wrong with it.

When she took the picture, from a moral point of view, did this teacher not realise the wrong that was before her eyes? How can we fight for social cohesion when adults cannot differentiate between wrong and right?

That she was unlawfully suspended is another thing all together.

I will not entertain the legalities.

However, from a moral point of view, it’s truly sad that a teacher could take such a picture and not even blink at the discrimination.

Another issue that was raised by Solidarity is that the department of education had no right to suspend the teacher because she was hired by the school’s governing body (SGB), which brings me to my next point.

SGBs are the bane of the failing education system in this country.

They run schools without a care for the children’s constitutional rights or even social cohesion.

SGBs run schools as if they are running private organisations in a lawless society. Our schools, both private and public, require urgent regulatory scrutiny.

I viewed a TV programme recently where the basic education minister boasted about her successful tenure and I was shocked.

Basic education needs a minister who will be able to mute the powers exercised by the SGBs, whose powers in schools are detrimental to society. SGBs have no business approving language policies in schools or even admission policies.

We need a minister who will implement the Education Amendment Bill without fear.

Various reports suggest that the “bill has been criticised for limiting the powers of school governing bodies in appointing school heads of departments, principals and their deputies”.

Leading NGO Section27 commended the basic education department for efforts to transform education and said that “in most of these cases, SGBs have sought to use their powers in a manner that entrenches historical patterns of privilege”.

This is true. Rogue SGBs currently have powers that limit the department from determining and controlling schools in the best interest of children of all colour.

Why should the department be limited in determining a school’s language policy or admission policy? Furthermore, many SGBs are ineffective.

This will not result in an abuse of power. Presently, the department is limited in preventing corruption or the disruption of schooling.

The manner in which schools are run in our country may be beneficial to some pupils, but it is clear that it is not beneficial to all.