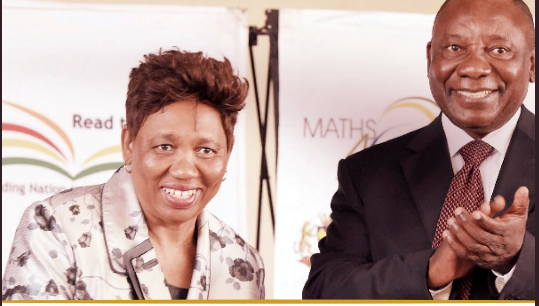 Advocacy group Equal Education (EE) has accused the Department of Basic Education of failing to reach its own targets.

The department has remained stagnant, it said. EE said the department had not reached any of its set targets through its Accelerated School Infrastructure Delivery Initiative (ASIDI) programme set out to address backlogs.

“We are also still looking for a clear plan on how the sanitation crisis will be addressed.

“Who will be taking responsibility for this task and by when will plain-pit toilets be eradicated? Will dangerous pit toilets be prioritised?

“Given that the national ASIDI has failed to reach any of its initial three-year targets in the last eight years, what will be done differently to ensure plain-pit toilets are eradicated within a reasonable time frame?” said EE.

EE said at last year’s State of the Nation address, President Ramaphosa declared that 187 schools had been completed through ASIDI, but had failed to mention that 510 schools initially identified for replacement ought to have been completed in March 2014.

Of 265 schools earmarked to get sanitation fixed in the 2016/17 financial year, only nine were completed.

In the 2016/17 financial year, the department didn’t provide electricity to any of the 620 schools it had planned to as per its ASIDI project plans. In 2017/18, only 17 out of a target of 134 schools without electricity had their lights switched on.

“EE welcomes the department’s ambition to increase ASIDI’s annual targets, yet we remain concerned about its ability to actually meet the targets it sets for itself.”

Department spokesperson Elijah Mhlanga said EE was failing to recognise progress made through the ASIDI project. He said electrification had been completed.

“It is quite simplistic and vexatious for commentators to glibly state that the department is not meeting its targets, especially given the fact that the department has, on more than one occasion, opened its doors to officials from EE and explained the process and constraints involved in such a mammoth undertaking.”

Mhlanga said for the provision of water, the department completed 836 projects since inception with a further 395 under construction. The sanitation programme has seen the completion of 658 projects with 241 in construction.

The ASIDI programme has delivered 215 schools to communities across the country, 154 of them in the Eastern Cape.

A further 100 schools were at various stages of construction.

“EE and others are well versed in what goes wrong with the ASIDI programme because that is their focus.

“What they fail to see and acknowledge is, while at one time there were 510 schools identified for the ASIDI programme, today there are less than half that number in existence.

“The good news is with the rationalisation and mergers exercise, the original target figure has significantly shrunk.

“While 60 of the balance of the schools are so remote they will have to be built where they are, the balance will merge in to mega-schools.”