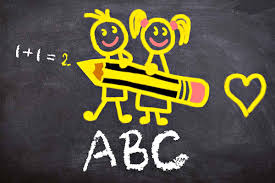 Basic Education Minister Angie Motshekga’s proposed new progression and promotion policy has drawn criticism from educators; saying it’s a mistake that will have dire consequences far beyond the foundation phase.

If Motshekga’s plans are realized, learners aged six to ten who are struggling between grade R and 3 may soon be pushed through primary school without repeating a grade.

In her basic education budget vote speech for the 2018/19 financial year, Motshekga explained: “A number of education experts have opined on this matter, and the overwhelming message is that it does not make any educational sense to make young children aged six to ten years, to repeat a Grade. According to the experts, the children who repeat, on the whole, gain absolutely nothing.”

Motshekga added that repeating a grade does nothing but negatively influence the individual on an emotional level. “For many affected children, repetition is a powerful early signal of failure – a signal that lasts through the individual’s life.”

Creative parenting expert Nicky Bush says the Department of Education’s proposed no repeat policy for grades R to 3 will do more harm than good to the state of education in SA.Bush criticized the department’s “quick fix solution” of “automatic progression” for the foundation phase.

She says South Africa is currently experiencing the highest level of repetition of grade 1– 15-20%– and believes “the question isn’t how do we get rid of this bottleneck, but rather, what is causing so many children to not be able to cope.”

“For school readiness, children need to acquire strong perceptual skills in the preschool years through concrete learning and guided play experiences that will provide them with the foundations for numeracy and literacy to enable them to cope with the demands of Grade R.

Problem: most children in our country do not have the luxury of a preschool education and so the 6-year school readiness journey is squashed into one year of grade R. It is no longer a miraculous and exciting learning journey, but is rather a destination to an assessment that many of them are failing.”

Bush says the no repeat policy will shift the bottleneck to grade 4 where remediation will become ever more difficult as children then have different subject teachers, and those most affected will be expected to apply skills they haven’t yet mastered. “I believe this is most unfair on the child and will have lifelong ramifications on their self-esteem and future employability due to lack of fundamental numeracy and literacy,” she added on her Facebook post.

Bush says while keeping children back to repeat a year to consolidate skills is better than pushing them to the next grade with missing bricks in the wall of their foundations, this in itself, is not addressing the real problem of:

She believes that with the correct training in perceptual skills development, adults (parents together with teachers) can prepare children for grade R without sophisticated schools and equipment.

“Children are wired to learn, naturally. We need to be harnessing their curiosity and raising their energy to learn. Instead, we miss the moment by creating an education system which is essentially a power play, rather than developing a powerful learning journey that celebrates the child, their brilliant ability to learn, and supports teachers.”

Bush goes on: “What does South Africa want to be known for other than entrenching illiteracy and robbing the disadvantaged children (the majority) of a future because of it? What narrative do we want to write as a country? It’s time we started telling a different story… But from a leadership perspective, this story is very unclear.”

While this proposal is unfair on children, teachers will also struggle to cope with classrooms filled with children who are struggling. the parenting expert adds.

But it does not end with the Grades R to 3. Motshekga wants to go further. “To improve the efficiency of the system, we are also focusing on Grades 9 to 11, as repetition and drop-out rates are also high in these Grades,” the Basic Education Minister said.

Bush believes Motshekga’s proposal to focus on grades 9 to 11 could therefore very well be in vain, if learners do not have the basics to get them to that point – even though there is already a policy in place that pushes learners through to the next grade after repeating a grade once – and teachers are overwhelmed and unable to focus on so many learners in need of extra attention.

Bush says the key to the high level of repetition is a combination of 3 things: