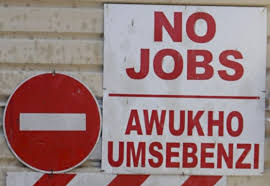 As South Africa celebrates Youth Month, the country’s youth unemployment rates are now considered to be chronic. The latest figures show that about 55.20% of South Africans between 15 and 34 were unemployed in the first quarter of 2019.

Experts say if not addressed as a matter of urgency, the situation will increase levels of frustration, anger, and impatience among the youth.

As a consequence, the situation will contribute to a vicious cycle of lingering unemployment and poverty in that these young people are likely to become the parents of children who will then also grow up in poverty-stricken households.

But a deeper analysis of the numbers reveals an even scarier picture of large sections of the population suffering from chronic joblessness and worrying details about the country’s youth unemployment statistics that haven’t been sufficiently highlighted, says Derek Yu Associate Professor of Economics at the University of the Western Cape.

“These include the fact that 39% of all unemployed South Africans have never worked before. Among young people, this figure is even higher – at 60.3%. The numbers also highlight that many young people struggle to find their first job.”

If these trends persist, achieving the even more ambitious goal set out in the National Development Plan of dropping the unemployment rate to 6% by 2030 is in jeopardy, Wu warns.

President Cyril Ramaphosa abolished the work experience requirement for entry-level positions within the public sector from April; with the twin objectives of making a significant dent in SA’s stubbornly high youth unemployment rate and to attract new blood into the public service.

He also announced an across the board national minimum wage following the introduction of minimum wages in some sectors in 2000.

The DA voted against the bill saying it was rushed through parliament and would lead to 750,000 job losses. The EFF also rejected the bill saying the minimum of R3,500 a month was too low.

The SA Federation of Trade Unions (Saftu) has blasted it a “slave wage.” But Cosatu said 6.4 million workers would benefit and hailed it is as “a major cash injection into workers’ pockets.”

“Of particular concern is the about 400000 unemployed graduates,” says National Youth Development Agency chairperson Sifiso Mtsweni. “How to absorb these graduates into the economy remains a major challenge.”

Self-employment is a potential route for young people. But even that number is falling. It’s alarming that between 2008 and 2017 the number of youth employers or self-employed workers dropped from 390 000 to 340 000.

This suggests that entrepreneurial activities for young people deserve serious attention. This should include government accelerating support in entrepreneurship skills training, access to micro-finance and creating an enabling environment for business development.

However, the National Youth Development Agency (NYDA)–a merger of the Umsobomvu Youth Fund and the Youth Commission–tasked with accelerating programmes aimed at creating job opportunities and integrating the youth into the economy, has lurched from one crisis to another, culminating in the shambolic 17th World Festival of Youth and Students in 2010 which costs a staggering R100-million.

A decade on since its inception, the NYDA appears to have turned the corner, with chairperson Sifiso Mtsweni saying the past five years have been “fruitful and progressive” compared to the early reckless years.

“We have established the Solomon Mahlangu Scholarship Fund where we have given over 700 bursaries, with 500 awarded this year,” he told Inside Education. He added that the agency has also intervened in the critical area of skills development and pointed to the establishment of the Collins Chabane Youth Build School where it works with TVET institutions and municipalities” as positive interventions to creating employment and poverty alleviation.

The relationship between poverty and unemployment is startling. Data from 2014/2015 show that the poorest 40% of the population accounted for a mere 12.4% of total national income, but accounted for 71.9% of the unemployed.

It’s therefore possible that poverty and expensive transport costs are huge barriers to unemployed people finding work. These challenges must be taken as seriously as the wage issue, Leila Patel, Professor of Social Development Studies, at the University of Johannesburg.

The main challenges, she says, include a lack of both hard and soft skills as well as work experience. Hard skills are technical skills in, for example, computers and entrepreneurship, while soft skills relate to social skills that are important in the workplace.

The introduction of the national minimum wage has been widely welcomed, but “little is known about what its impact might be on youth employment and unemployment.”

Patel led a team to establish young people’s views on the subject. For their research, they conducted 16 focus groups with employed and unemployed youth. Ten were in urban areas, two in semi-urban areas, and four in rural communities. The conversations were conducted in four languages.

Their findings suggest that a national minimum wage could benefit young people who have jobs and that it could stimulate those who have given up trying to find work to do so.

However, the vast majority of unemployed young people probably won’t benefit from a national minimum wage. This is because disadvantaged young people face a range of challenges that prevent them from finding work.  A majority of respondents indicated that the cost of seeking work was exorbitantly high

The most interesting findings were that:

At this stage, it’s not clear whether these issues form part of the broad remit of South Africa’s  National Minimum Wage Commission. This is important because more than just a minimum wage is needed to create opportunities and safeguard the long-term job prospects of half of South Africa’s young population, Patel said.

National Shutdown Has Been Called Off – SA Union of Students

Sports Corner: These Are The School Activities Now Allowed Under New COVID-19 Rules