African ‘Education Systems Not Aligned To Needs Of Economies’ – Ramaphosa 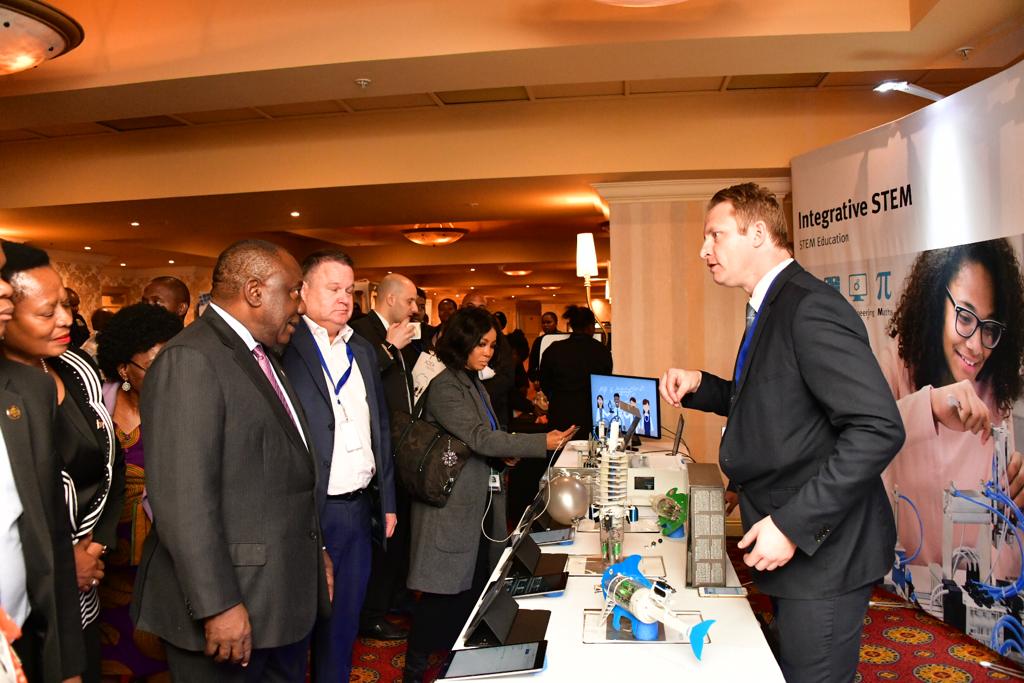 President Ramaphosa has warned that the mismatch of skills and the needs of the market in Africa will grow with the onset of the Fourth Industrial Revolution.

Delivering the opening address at the Association for the Development of Education in Africa (ADEA) dialogue on secondary education on the continent, Ramaphosa said, the skills deficit of African countries makes the continent ill prepared for technological change.

“We therefore need to change the direction of secondary school education if we are to develop relevant skills for the new type of economy,” he said.

“We see more jobless growth because of the use of technology to replace workers,” Ramaphosa said, adding that these changes have an impact on the nature of the skills required.

“Young people need foundational cognitive skills in science, technology engineering and mathematics – the so-called STEM skills – to be absorbed in the economy,” the president said.

As agreed in Agenda 2063, Ramaphosa continued, of those who enter tertiary education institutions, 70% ideally should graduate in STEM subjects.

Digital skills, such as coding, are essential to integration in the world of work, Ramaphosa pointed out.

“Our educators need to know how to develop a curriculum that is relevant to the economy,” Ramaphosa emphasised.

He called on policy makers to work in partnership with the private sector to design and implement a curriculum that augments basic foundational skills.

He said countries that ensure the skills they produce are appropriate for their industry have proved successful.

“Countries in which 50% of their learners enter technical colleges to develop artisan skills have lower youth unemployment rates than where the overwhelming majority enter tertiary educational institutions,” Ramaphosa explained.