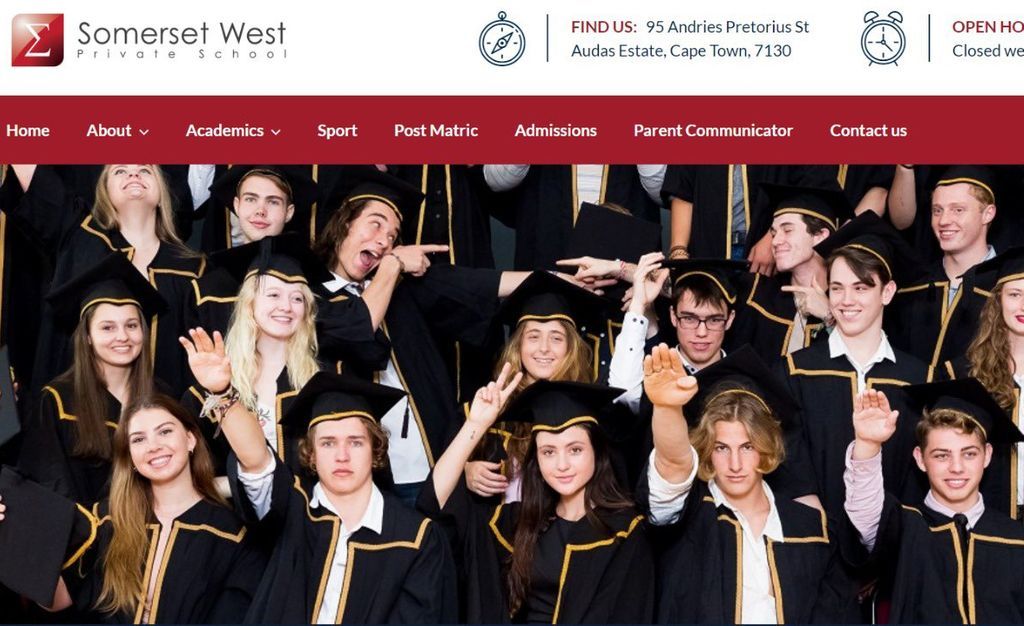 An image on the homepage of Somerset West Private School, which shows three pupils doing the “Nazi salute,” has unleashed a Twitter storm of outrage.

The principal of the school has tried to downplay the issue, denying it’s a Nazi salute, instead, inferring that it is a “Roman salute.”

The image was of the 2018 matric class and has been replaced by a similar class photo with more formal poses.

But social media users were not buying the principal’s line.

Principal Morné Coetzer said: We do not promote or support any particular political or religious views. Learners are encouraged to develop as individuals, think freely and to express themselves freely, provided that such expression does not impair the dignity of others.”