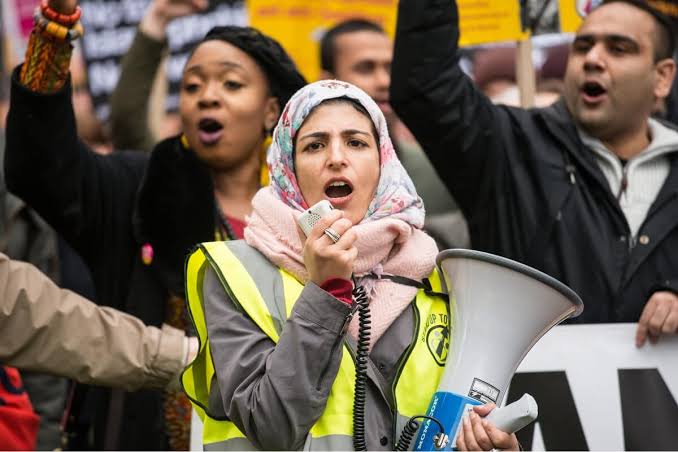 Over a quarter of ethnic minority students in the UK have endured physical and verbal racist attacks.

This is just one of the shocking statistics included in the Equality and Human Rights Commission’s report into racism in UK universities.

The commission also reported that one in 20 of those students said their experiences had led them to abandon their studies.

Meanwhile three in 20 of the members of staff who responded to the commission’s survey said that their experience of racism – ranging from isolation to outright abuse – had caused them to leave their jobs, with many more saying it had made them contemplate doing so.

Many, including Fope Olaleye, the National Union of Students’ black students officer, have also commented that the focus given to “anti-white sentiments” displays a lack of understanding of the structural racism faced by racialised students and staff in higher education.

However, none of the information outlined in the report is groundbreaking. In fact, it merely reiterates what many have been saying for many years.

Just in the past decade, the NUS Black Students’ Campaign’s Race for Equality report, published in 2011, highlighted the myriad issues facing students of colour in further and higher education.

This was followed up in 2015 by the Runnymede Trust’s Aiming Higher report, which outlined the challenges faced by both students and staff.

In 2016, UCU Black Members released Witness, which highlighted the abuse, dismissal and isolation faced by black and brown staff in further and higher education.

And in the last few years alone, several books and edited publications on the topic of racism in higher education have been released by academics and colleagues.

In addition, student and staff demands on these issues continue to rise. From the Why is My Curriculum White campaign to the recent evolution of movements to decolonise the curriculum, we have seen students and staff articulate their demands for a reformed higher education system that is free and accessible to all.

“Through Students not Suspects and Educators Not Informants, we saw a network of resistance to the implementation of the government’s draconian Prevent duty, which requires academics to inform on students they believe may be prone to radicalisation.”

Indeed, through the Goldsmiths anti-racist occupation, we saw just what can be achieved through community building and organising, with far-reaching demands and commitment to ongoing action.

Yet universities, on the whole, have been largely resistant to change. There now appears to be widespread agreement on the need to tackle the attainment gap that has existed for as long as there have been non-white students in education.

But this institutional commitment to action was hard won by student activists and students’ unions working with staff. Similarly, nascent discussion on race pay gaps seem motivated more by a fear of future legal requirements than a desire to ensure an equitable campus.

Underlying all this is the uncomfortable truth that marketisation is eating away at universities’ core values. Increasingly within higher education, nothing is more critical than the bottom line.

This presents the challenge that we have seen universities grapple with over the past few years, with few wanting to risk reputational damage by instigating honest, public conversations about racism. And commitment to any actions appears to be superficial, embraced only when doing so has a potential market value.

Their legacy includes training the next generation of people to run the British Empire, accepting funding from slave traders and intellectualising eugenics.

In the modern context, the student experience for students of colour has racism woven into it from start to end and for staff the barriers of progression and promotion continue to keep staff of colour in a visible position in public, yet invisible institutionally.

This has to end if we want to move forward. Racial injustices will go on being perpetrated unless staff and students are better informed about the past and uncomfortable conversations take place that strike to the heart of the issue of what a university is for.

Universities can continue to resist calls to change by hiding behind their reputations, or they can finally confront and get beyond the myth of the liberal, tolerant institution, creating a progressive, democratic alternative.

What we don’t need is to wait for another report or publication. What we do need – and demand – is action.

Ilyas Nagdee is the former black students’ officer at the National Union of Students and works on race equality in education.

IN 2020, when many students across the world were attending classes from home due to the COVID-19 pandemic, a grade 11 student in Dubai...
Read more
News

THE new Principal and Vice-Chancellor (VC) of Unisa, Professor Puleng LenkaBula, is hitting the ground running. She sat down with a Unisa journalist for...
Read more
News

THE COVID-19 pandemic has plunged South Africa’s schools further into crisis, exposing how the country’s education system continues to be shaped by the legacy...
Read more