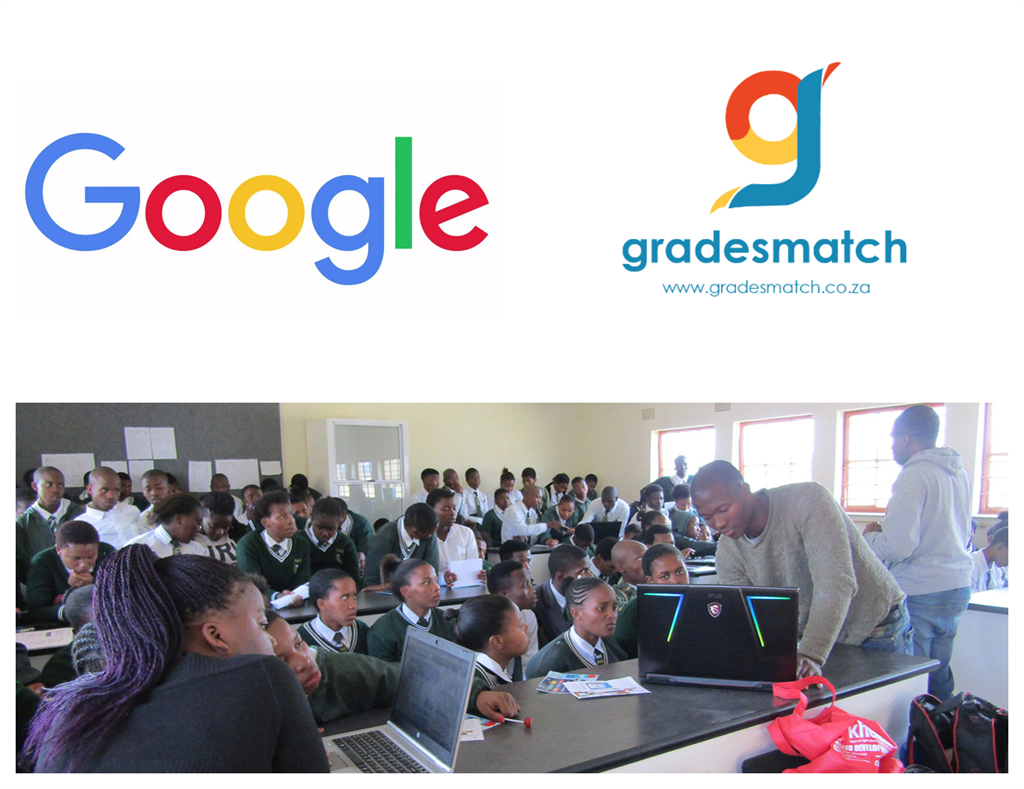 After gruelling questions and scrutiny into whether their social startup created 1) economic opportunity, 2) improved the lives of South Africans, 3) presented unexpected solutions to unmet needs, 4) showed potential to serve as a model for other communities and most importantly 5) whether the project plans were well-thought out – Gradesmatch was recently named one of the Google Impact Challenge SA winners, walking away with R3.5 million in grant funding from Google.

We would like to extend our heartfelt gratitude to everyone who supported us during the Google Impact Challenge. Last night we were announced as the winners of the competition together with @corruption_SA & @RLabs. Big thanx to @googleafrica for giving us a chance. #GICAfrica 😀 pic.twitter.com/ZajJ9YF653

Gradesmatch is a local tech start-up that seeks to solve the problem of poor career guidance across Africa. It started tackling this through the Gradesmatch app, where learners can simply enter in the subjects they’re taking and marks received. The app, which now boasts about 84,000 users in SA and Namibia, then automatically matches them with suitable tertiary institutions and qualifications.

Kitted out in school uniforms, co-founders Lebogang Diale and Unathi September highlighted the lack of career guidance counsellors at schools in previously disadvantaged communities as the reason why they should get the cash. Gradesmatch has over 84,000 learners using the platform, Consuming career guidance advice for 16 mins on average and matching them with about 3,000 qualifications and 2,500 careers per month. (Gradesmatch)

Learners are also linked with young corporate mentors via the app. And on submitting marks, pupils are matched to bursary opportunities.

Diale and Unathi tell Business Insider SA that they intend to use the R3.5 million cash prize from Google to reach a further 125 million learners through an expansion to 25 African countries by 2023, and become a primary source of career guidance and financial aid.