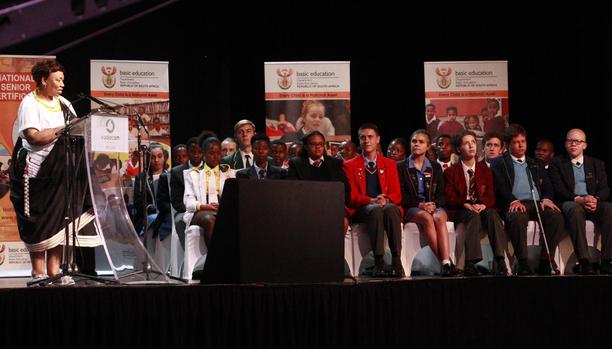 The overall matric pass rate is a poor indicator of the health of the education system, and the national Department of Basic Education should not pat itself on the back.

So says lobby group Equal Education, which has used the release of the 2018 matric results to lambaste the Education Department’s poor overall performance, citing rampant illiteracy and lack of numeracy among South Africa schoolchildren.

Equal Education researcher Duduetsang Mmeti said matric examinations were one step in an uphill education path for South African pupils. Mmeti said a narrow preoccupation with the results concealed the multitude of challenges pupils faced over their schooling career.

It also limited the scope of important conversations that should be had about basic education, she said.

“Not only at this time of the year, but consistently,” Mmeti said.

She added that Equal Education reiterated that the annual matric pass rate announcement was “misleading fanfare” that on its own provided a poor indication of the overall health of the education system.

“This was particularly evident when the announcement of a 75.1% matric pass rate for 2017 was followed the release of the devastating outcome of an international reading study – that 78% of Grade 4 pupils in our country cannot read for meaning, in any language.”

She said passing matric was a tremendous achievement for each individual pupil, and “we commend the diligence and perseverance of the Class of 2018, their teachers, and their families”. However, the Foundation Phase reading crisis was a national emergency, despite some improvements in basic education.

“It is criminal that we have not been able to solve the early grade reading crisis,” she said. ”The years from Grade R to Grade 3 are life-changing for SA pupils. It is when the foundation must be laid for learning in all the later grades. There is no skill more crucial to acquire in the Foundation Phase than learning to read for meaning, and to count.”

“Foundation Phase teachers must be capacitated, supported by government sectors, parents and the broader public, must be well remunerated, and teach in environments that are dignified, safe and well-resourced.”

“This takes away from the individual accomplishment of every pupil who has passed through at least 12 years of schooling and worked hard to attain this all-important qualification, that in many instances is the gateway to a brighter future,” he said.

The NSC results were one of a multitude of events, activities and programmes that spoke to improving all areas of the education system, Mhlanga said.

He said the department had never claimed the NSC pass rate as the only barometer with which to measure the system. “It has many; this is but one, and it is an important one.”

Mhlanga said there had been an improvement in the quality of education in South Africa.

“The Trends in International Mathematics and Science Study 2015 has confirmed that South Africa has shown the largest improvement since 2003 of any country in the world in these important assessments, with an increase of 87 points in maths and 90 points in science,” he said.

United Association of SA spokesperson Stanford Mazhindu warned that matriculants would struggle to find jobs, adding to the country’s crippling unemployment rate. He urged young people to never give up on educating themselves.