THE KwaZulu Natal Department of Education has expelled five learners from the Newlands East Secondary School after they were captured on camera assaulting a Grade 10 learner in February 2020.

The video of the attack surfaced on social media few days ago, prompting authorities to take swift action and discipline the learners involved in the attack.

The five learners remain on suspension pending an investigation by the school governing body.

KZN’s Head of department (HOD), Dr Enock Vusumuzi Nzama, has sent letters of expulsion to the district after applying his mind to the recommendations.

“As the Department, we want to send a strong warning to any learner that involves herself/himself in any form of bullying that they will be dealt with harshly,” said Nzama.

Meanwhile just this week, the provincial department of education suspended two learners at Mathole High School over a bullying incident after a video surfaced on social media.

In the gruesome video, the two learners can be seen attacking a fellow learner, dragging her on the ground as one of them continuously kicks her.

After the video surfaced on Twitter, many called for KZN education MEC Kwazi Mshengu to take urgent action.

“The School Governing Body has been directed to finalize the disciplinary process within 7 working days as stipulated in the South African Schools Act,” said Mshengu.

The provincial department said the victim and others who were involved are being offered professional therapy from the Department of Social Development.

In a statement the Department of Education urged members of the public to stop circulating the video clip.

“Further circulation will only serve to inflict more harm to the dignity of the victim for the rest of her life,” added the Department.

The victim is being assisted by the Legal Services Unit to open a case with the police.

The Department said the Legal Services Unit will contact social media platforms’ administrators with the aim to remove and block the circulation of the video. 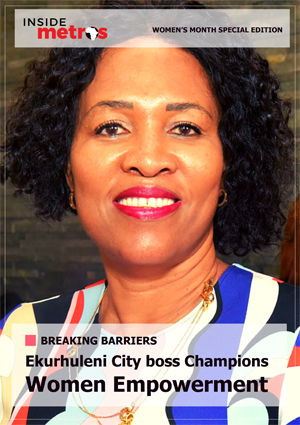